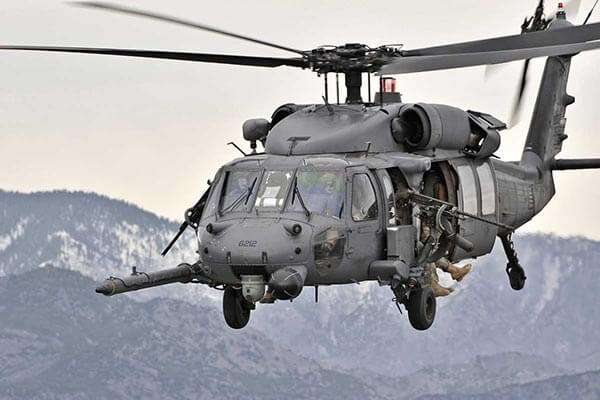 One of the reasons air travel is considered one of the safest forms of transportation is because the industry thrives on finding innovative ways to make air travel easier and safer. The advancements in technology are a major part of how the industry is able to tackle both these goals simultaneously. It’s also allowing companies and manufacturers to turn to technological innovation to solve problems and challenges they encounter.

Technology Innovations in the Aviation Industry

Whether it’s safely landing an aircraft or improving the amount of information that is available to the pilot, airplane safety is continuously enhanced by technological advancements. The following five innovations are proof that great changes are coming to the industry.

Artificial Intelligence (AI) is not a new concept for the 21st century, and it’s not even a novelty in the aerospace industry. It is already used as an analytical method to predict solutions for aircraft, and pretty soon, it’ll be a standard feature in the cockpit as well.

There’s a good chance AI will initially be used to help pilots with things like precision control and may end up becoming a type of co-pilot. AI will also be able to assist pilots in situational awareness. Piloted aircraft are likely to see AI as a companion, but fully automated aircraft, like drones, are probably not too far from being controlled by AI alone.

A new technology called Autoland is turning heads for its innovation and what it could mean for the future of air travel. As its name suggests, an aircraft installed with Autoland will be able to safely land with the push of a button. Intended for emergency situations, Autoland aims to solve the problem of smaller aircraft that only have one pilot for several passengers. In case the pilot becomes incapacitated, anyone else can simply press the Autoland button and the aircraft will land safely on an airport runway.

The technology is especially impressive in its intelligence. When someone presses the Autoland button, the cockpit’s screens will warn occupants to keep away from the controls. But if the pilot happens to regain consciousness and is able to fly the plane again, they can disable the Autoland. However, if the pilot fails to regain consciousnesses, the technology will automatically find the nearest airport — based on the aircraft’s size and the emergency it’s facing. It will also use an automated voice to alert the airport’s control of the plane’s emergency and its upcoming landing.

When it comes to how we can make planes safer, Autoland is one of the top contenders. It’s especially unique because it doesn’t need to rely on finding major hubs to land. Using a system of sensors that includes GPS and radar, Autoland can find the closest airport, even if that airport is a smaller hub without the sophisticated equipment of major airports.

Radars have been part of aircraft safety for a while now, but weather radars are the newest way to ensure air travel is getting safer. Weather radars detect weather patterns and the potential turbulence they may cause aircraft. They can even predict when and where an aircraft may experience meteorological events, like lighting and hail.

Aside from the benefits this technological innovation will have for improving the safety of commercial air travel, it’s also an incredibly useful tool for all other types of air travel as well. It enables pilots and crews to be better prepared for stormy weather and can help to reduce the chances of weather-caused air tragedies.

Inertial Measurement Units (IMUs) are unique because they’re a technology that is able to measure and report the location information for aircraft when GPS is unavailable. IMUs are becoming increasingly important as autonomous flight becomes more and more likely. And since some aircraft that fly autonomously will be doing so in urban areas, it’s crucial that there is a backup plan in place in the event that the system loses track of its location. If an aircraft does lose track of its location and is unable to find it again, it becomes a danger to the people and buildings in these urban areas.

An enhanced flight vision system consists of imaging sensors located in one or more places on the plane. These sensors can be color cameras, radars or infrared cameras that will provide the pilot with a clear, accurate image of the aircraft’s surroundings. Enhanced vision can also be combined with synthetic vision for a dual-purpose system that will be an increasingly integral part of airplane safety in the future.

Learn More About the Future of Airplane Safety

Technological innovation is ongoing, and its uses in relation to air travel are unending. Keeping on top of the industry and its victories is an important aspect of working in the aerospace field. That’s why JETechnology Solutions is dedicated to helping you keep your finger on the pulse of innovations, news and discoveries relating to air travel.

Whether commercial or military, we at JETechnology Solutions are proud to offer more than 75 years of combined industry experience to help you keep up to date on everything to do with the manufacturing and maintenance of aircraft. Check out our blog for more industry news.